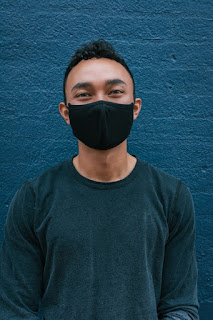 The ubiquitous face mask has helped reduce the transmission of COVID-19, but it hasn't done anything to improve mental health or reduce the sense of unease that most people are feeling. The breadth of changes brought to our lives by COVID-19 is long, incomplete and extremely difficult for most of us to accept.  No one wants to get COVID-19, and despite occasional protests and snarky comments online, the vast majority of people accept that it is real. They have encountered it firsthand too often. Most reluctantly accept the significant restrictions on their lives, but in the 15th straight month of measures to counter the virus, it is obvious that the damage to our way of life has been enormous. Spring usually marks the beginning of events and outdoor activities,  due to longer days and warmer weather. Not this year. This spring is a repeat of last year. The huge Vaisakhi Day parade, Surrey’s biggest gathering, was set for April 24 and was cancelled for the second straight year. The
Post a Comment
Read more

50 influential women band together to raise funds for affordable housing 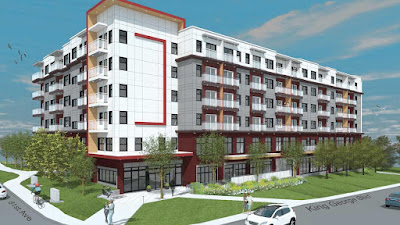 This 100-unit affordable housing project will be built at 81 Avenue and King George Boulevard. Fifty influential women are coming together to raise funds for the project, undertaken by Options Community Services. There is a unique angle in a campaign to raise funds for a proposed affordable housing project in Surrey. Options Community Services has worked as a registered charity to provide essential social services in Surrey, Delta, White Rock/South Surrey and Langley. For its 50th anniversary, Options has brought together 50 influential South Fraser women to help raise $1.5 million dollars in support of a new affordable housing project, to be located at 81 Avenue and King George Boulevard. The project, to be located at 8109, 8123 and 8135 King George Boulevard, will contain 100 housing units. Thirty will be rented at market rates, with the remaining 70 affordable housing, with rent as low as $375 per month. The new building will also host community services such as Early Years, menta
Post a Comment
Read more

'We have entered the grimmest phase of this pandemic' - Andrew Nikiforuk 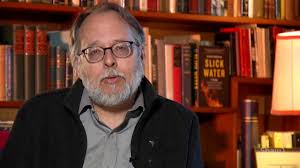 Andrew Nikiforuk (Photo from Writers Trust of Canada) Andrew Nikiforuk may be one of the most consequential journalists in Canada - but many people have never heard of him. He is an expert on many aspects of science, and writes for The Tyee, an online publication here in B.C. In November, 2019, he wrote a fascinating piece for Hakai Magazine, another online publication affiliated with The Tyee, on the global flu pandemic of 1918-19, and how it spread. This was before the onset of COVID-19, but it was both prophetic and eerily prescient. It can be found here:  https://www.hakaimagazine.com/features/from-berth-to-death/ He has recently wrote an article in The Tyee stating that, unless Canada changes its strategy in dealing with COVID-19, the initial pandemic which began a year ago will soon morph into something much more deadly and destructive. Here is what he had to say. It is well worth reading. By Andrew Nikiforuk, The Tyee Are you tired of COVID yet? I am. But as a longtime sc
Post a Comment
Read more

NDP has a majority government, but some seats far too close to call

October 25, 2020
Voting day is over, and the NDP almost certainly has a majority government. However, the final count may not be 55 seats for them, 29 for the Liberals and three for the Greens, as it was on election night. At least 525,000 mail-in ballots have yet to be counted, according to elections BC. The number varies from riding to riding. But in most Lower Mainland ridings, the number seems to be in the 10,000 range. The calls by multiple media outlets on Saturday night of an NDP majority government angered many voters who used the mail option. The reality is this: the margins of victory in most ridings aren't likely to change substantially, and thus far that means the NDP have a majority. But in 10 ridings or so, there is a chance of a shift. Members of the media, like most B.C. residents, have no idea how the mail-in ballots will be distributed among candidates. Any "calls" are a gamble. In at least four ridings, it is very possible for the election night leader in vote counts to
Post a Comment
Read more

NDP could win over 50 seats in Saturday's election 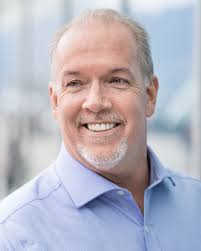 John Horgan is likely to lead the NDP to its biggest win ever in B.C. The party could win more than 50 seats in Saturday's election. The NDP are likely to win a substantial majority government in Saturday’s election. It looks like the party could end up with more than 50 seats. This would be the most seats the party has ever held in the B.C. Legislature, and it is likely to win seats in areas where it has never or hardly ever won before. The final results won’t be in until two weeks after the election, due to more than 700,000 mail-in ballots which are a direct result of holding an election during a pandemic, but it is still quite likely that B.C. residents will find out on Saturday that there will be an NDP majority. Residents will still be waiting for results in close ridings, which will probably number about 15. In the Lower Mainland, the NDP’s second-best stronghold after Vancouver Island, the NDP is likely to win a number of seats the BC Liberals have held since at least 199
4 comments
Read more 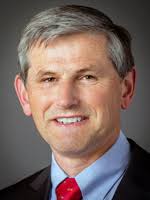 In Surrey at least, the BC Liberals may have new life after announcing that the policing transition requires a referendum before going any farther. This, of course, will only happen should party leader Andrew Wilkinson gain enough seats to become premier. The policing transition in Surrey has become a major campaign issue in the provincial election, and it has the potential to give the  BC Liberals a big boost. Whether it will be enough for the party to regain power after more than three years in the political wilderness  is another question. The NDP are well ahead in the most recent public opinion polls. The BC Liberal party issued a statement on Sunday that a BC Liberal government would pause the transition process, and give Surrey residents a vote in a referendum on whether to switch to a new Surrey Police force or stick with the RCMP. Mike Farnworth, who as public safety minister gave the transition the green light and specifically said there would be
Post a Comment
Read more
More posts